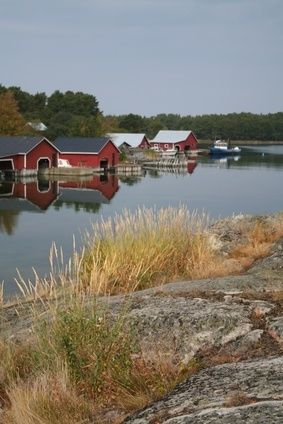 Finland in summer: clear blue waters, deep green woods and wide-spread meadows, countless islands and islets in between, rocky and with lots of cliffs, pristine villages, small jetties, often enough well equipped yacht harbours – the skerries in the Northern Baltic Sea are a dream beat for many sailors. Skerry means cliff, therefore attention during navigation is called for, reefs and boulders are everywhere, and sailing at night is almost impossible. You are rewarded with scenic beauty and cute little harbours on short distances. Over 100.000 islands belong to this area with long and narrow bays reaching far into the land, green vegetation dominating the inland skerries and rocky charm dominating the outward skerries and individual island groups that gather to form archipelagos.

The best known and largest of the Finish Archipelagos are the Åland Islands and the Archipelago Sea of Turku. The Åland Islands are an autonomic province of Finland between Sweden and Finland on the entry to the Gulf of Bothnia. The archipelago encompasses over 6.500 islands and skerries. Swedish is the only official language; shipping and tourism are the most important sources of income. The islands are situated 10 to 60 miles off the main land.

Unless they cruise from Stockholm, Finish Yacht Charter crews set off from Helsinki on the Gulf of Finland, Turku with the offshore archipelago with over 2000 islands, Airisto in the Archipelago Sea and Taalintehdas on the southeast coast. If you want to explore the archipelago of the Åland Islands more thoroughly, you can charter directly from Mariehamn. The idyllic island of Gullkrona between Turku and Åland is deemed to be particularly worth seeing.

The best time for sailing is midsummer from June to mid August with rather soft breezes. Later on you’ll encounter heavy autumn gales. Officially the sailing season in Finland starts in May and lasts until September. In lager villages the means for provisioning are very good, mind you in the middle of the Archipelago Sea the panty should be well stocked. The culinary specialties are reindeer meat and fish.