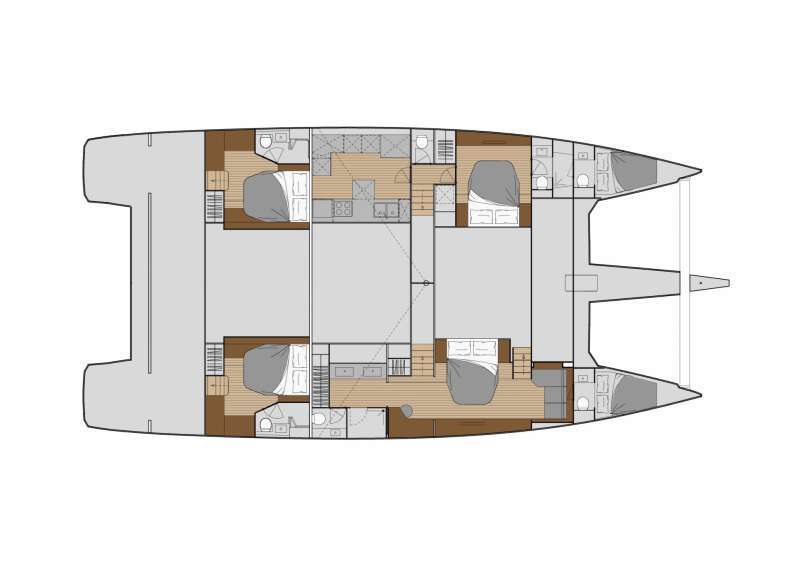 Captain – Toby Covil
Toby has been sailing since he was a child, having grown up in a small harbor town in South West England. Having carried this passion into a career, he has worked for the last 8 years as a professional skipper all through the Mediterranean, the Caribbean, Southeast Asia, and even a season as a zodiac driver in Antarctica. He has an RYA yacht master offshore certificate as well as being an advanced Padi scuba diver with around 100 dives. Toby enjoys creating a safe, comfortable and relaxed onboard environment and his love for sailing is infectious. As well as his passion for exploring the coastlines of Greece, in his spare time, he is a keen surfer and has traveled to many places in the world with his surfboard when not sailing.
Languages – English mother tongue

Chef – Dimitris Kostantakis
Dimitris was born and raised in 1988 in Athens. He got his diploma in Plant Production from the Technical school of Crete and then he joined the culinary school ( Le Monde) in Athens.
He did his practice in one of the most successful and well-known five-star hotel in Athens (Wyndham Grand Athens 5*). He then started working as an A’ Cook at a Grill Bar in Athens and numerous other hotels throughout Athens gaining experience as a chef, as a team player, and in food creations. After working on the land he decided to explore life at sea since he loves to travel and to see new places. In his spare time, he likes to play basketball, swimming and listening to music. He speaks Greek, English, and French.

Stewardess – Milana Yussupova
Milana was born in Kazakhstan and raised in Athens, Greece. She was an actress, playing lead roles in the national theatre and also in many feature and short movies. She won a prestigious award for a lead role in a film at the Moscow Film Festival. With her love of Greece and passion for the sea, she left her acting career and joined the world of yachting.

For the past 5 years, Milana has worked onboard various yachts, both private and charter. During this time, she has sailed to incredible places worldwide- including the Mediterranean, Caribbean, and South East Asia. You will always find her with a smile on her face, doing her utmost to create a perfect onboard experience for her guests. She has a meticulous eye for detail and keeps the yacht in impeccable condition. Her kindness and dedication to those around her create a welcoming environment onboard Aether. In her private time, Milana loves the quiet practice of yoga and continues to travel the world.