Indian mahogany, gigantic decks of teak and High Tech-Riggs – are order of the day. The super yachts, that competed for the Super Yacht-Cup in the Bahía De Palma from 23rd till 25th of June, introduced once more boat builders’ art of the finest; the very best of classical beauty and modernist materials, completing luxury and the sport of sailing. 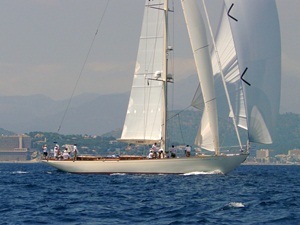 Sheer size is not the guaranty for speed: with Drumfire on the first place, and Heartbeat on the second, a Bloemsma construction, designed be Hoek , they made out their top in the category of the “small giants”; both of them, with their 78,74 ft., belong to the shortest yachts of the regatta fleet. Marie, on 3rd place is with its 180,44 ft. more than double-length. Drumfire won the first two races, needing only a second place on the third day to bring the team to undisputed victory.

The 20 participants started in two categories: the winner trio of the overall standings is at the same time at the top of class 2. In class1 sailed Nilaya in front of the winner from last year, Scorpione. The hectic rush, typical for other races, didn´t appear in the Superyacht Cup: the fun regatta is not only speed; after all beauty and fun are most likely much more important.

Noticeable this year is the composition of the fleet: eleven yachts came out of Dutch workshops. Ten of them were designed by Hoek, including the winner team. The 20 yachts, with a total value of 300 million US$, a total length of 2.493,44 ft., being Athos, with 203,41 ft. and more or less 1900 square meters of sails, the longest one, offered during three days a magnificent spectacle to look at. The bucket-system took care of thrilling finals: yachts leave the starting line according to the reimbursement of speed, one behind another in relation of the top speed of every yacht. Calculating the speed, they are supposed to arrive at the finish at the same time. Sunshine gave good mood for days – and in the Superyacht-Village of Palmas Moll Vell celebrated around 450 owners and crew members their annual meeting. 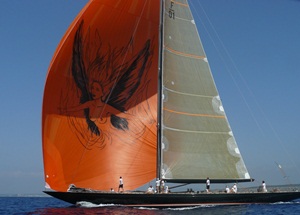 During the award show at Es Baluard there were exceptional prices as well: Anny, sailing under German flag, a design by Judel Vrolijk, from Baltic Yachts, was awarded for the record of having assisted every year since 2006. The price for the Best Fancy Dress (Hawaiian), celebrated at the first day of the competition, went to the crew of the Scorpione dei Mari, who already convinced jury and assistants during the “Western Dress” contest of last year. Beaming sunshine gave good mood for days. The founding Sponsor Awards went to Rolling Stock Group, to Astilleros De Mallorca and to Pantaenius. 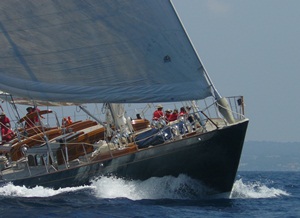 And of course: sailing a super yacht is not only for owners and crew – some of these beauties are as well available for charter!